Everyone who converts their early Corvair from a generator to an alternator has to find a late model oil housing (alternator bracket) and then has to grab some sort of alternator that will mount up. I am trying to avoid this. Why? Well, because there has to be a better way. The gentleman who did my starter owns a local armature shop and he’s done my starter alternator work for years. He found me an alternator that he thought would work. Not only did I verify that the mounting holes match the generator, but even the fan spins the correct way. Tonight I’ll test fit it and hopefully if it fits he’ll build it up and I’ll have a very solid charging system in a very old car. 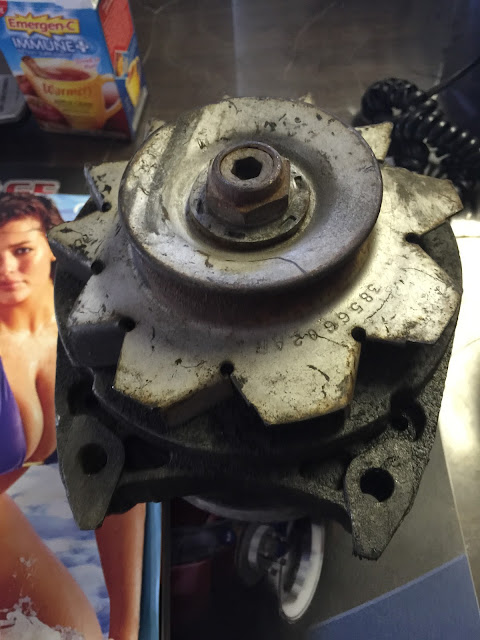 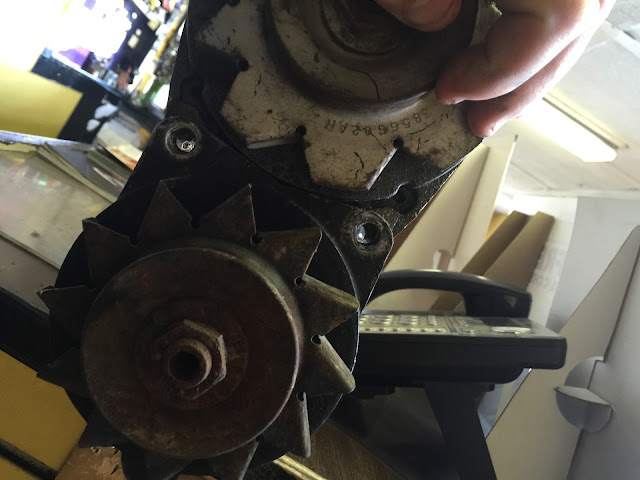 Good news everyone… it does seem to fit, although it will be mounted behind the bracket instead of in front like the genny, so I have to mill down the bracket so its flush like the front side instead of on a slight angle. No big deal. I’m hoping to do it on the car with some sort of grinder. I’m still going to utilize the rear mount with some sort of adapter so it should be nice and sturdy.